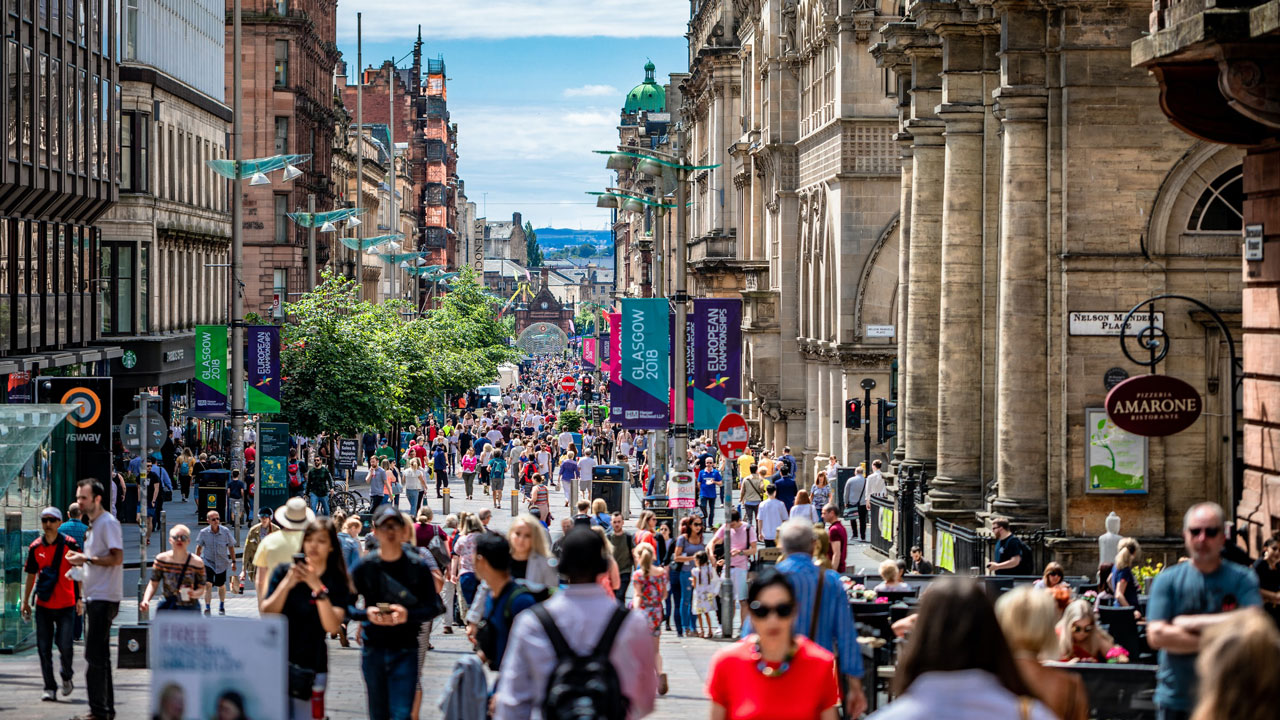 One of the starkest discoveries we made about consumer habits during the early stages of the Covid-19 pandemic was quite how tightly interwoven our professional lives and spending habits really are.

True, it was something that was revealed time and time again throughout many a focus group meeting, market research questionnaire and data review for many years before the world was forced to shut down, but that fact alone does nothing to detract from the jarring way that knowledge was proven as we sat in our homes for the better part of a year – and beyond.

After all, the availability of the high street, the shopping centre and the out of town retail park has not been an issue since the government lifted its third national third lockdown earlier this year – and yet many bricks and mortar businesses continued to feel the burden of the coronavirus pandemic.

It is a relationship that could only have been made truly significant by the unprecedented circumstances of 2020 – and one that is being reaffirmed once again by the gradual return of office workers no longer confined to their home offices and dining room tables.

After two years of declining football across the UK’s retail destinations, last week saw a heartening increase which coincided with the working week, and with greater numbers of office workers eschewing remote work.

Across the UK, retail footfall rose by 2.7% -- a landslide moment for the UK’s high street, and a sharp reminder of the significance office workers hold for these establishments throughout the majority of any given week. This is made particularly clear by the fact that the rise in footfall was felt most keenly by the high street, rather than retail parks or shopping centres – not to mention the fact that a drop of 1.5% was felt on Saturday, after a highly promising week for high street businesses.

But the most promising news comes from the UK’s busiest areas. In central London, for instance, footfall increased by 6.5% -- just in time for an autumn return to the office, which has been on the cards since the summer.

This August, for instance, a survey of London-based workers found that only seven percent envisaged themselves working remotely Monday through Friday. The remaining 93% of workers asked expressed clear intentions to return to the office, although in varying capacities, with a quarter planning on returning to full-time office-based work.

Similar intentions were felt across the country’s larger cities. Since the start of September, for instance, Canary Wharf has seen a gradual (though steady) increase in the number of workers returning to the office – and the lunchtime rush – with the availability of business space to rent in Manchester growing increasingly competitive once again.

In fact, Springboard reported that, outside of London, the retail footfall within the UK’s larger city centres were up 6.1% -- a sure sign of the wider promise offered by a widespread return to office-based work.

It has been clear since relatively early on in the pandemic that the return to public life was going to be a slow one, rather than an immediate show of enthusiasm with the lifting of the first nationwide lockdown.

For many, the return to normalcy is a gradual progression from one state to another. The process of revisiting old experiences – experiences as mundane as booking an appointment with the optician, arranging an in-person meeting rather than a meet-up over Zoom or Skype, or going out for a meal rather than ordering a delivery – occurs sporadically, rather than ceremoniously. Turning to the high street bricks-and-mortar shops is no different.

The opportunity to shop in-person has been available to us for many months now, and yet many of us waited – as evidenced by the sudden shift in favor of the high street now, rather than back in the summer.

This is because the return to ‘normal’ represents more than a return to a familiar desk, view, and crowd. It drops the UK’s workforce into the middle of old (and familiar) scenarios – and, with that, the inclination, rather than just the opportunity. The high street is convenient again – not just available.

Despite the fact that office workers have always held strong significance for high street shops, which are so conveniently placed along the walk home, or a stone’s throw from the office at lunch, the gradual return to office-based work is shedding new light on quite how much the UK’s retail sector depends on a more conclusive end to remote working conditions.