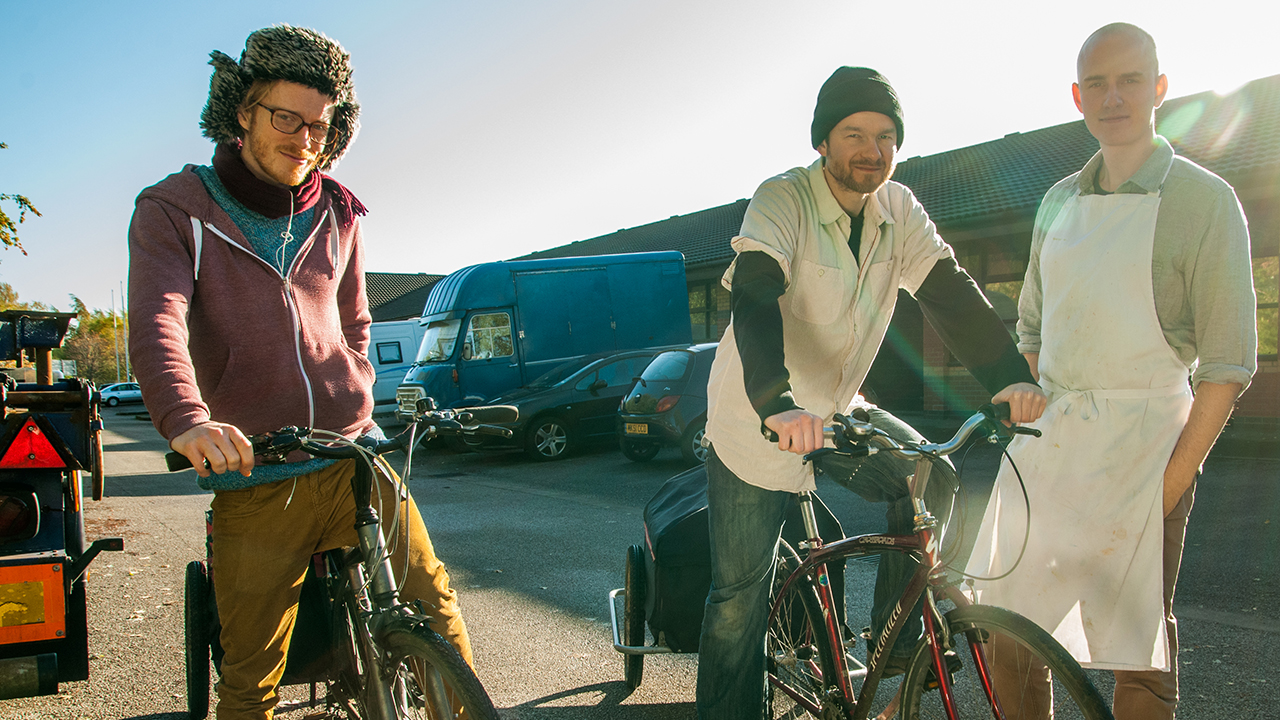 Started with just £300 savings in 2009, the Savoury Tooth company now employs eleven people at Cariocca Ardwick and still has vacancies for more. The team members have become a familiar sight around business premises in the local area, arriving on their bikes, trailers packed with delicious top-quality sandwiches and home-made soups.

“I always knew I’d work for myself,” says Ben. “Working for other people taught me that.” That’s why in 2009, after being made redundant, Ben decided to take the plunge. “I began making sandwiches in my flat, just over the road from here,” Ben remembers. I bought a nice wicker basket and gingham cloth and off I went selling. In my first week I made £12 profit.”

Ben kept re-investing his profits and his sandwich round, along with his menu, grew fast. Ironically, many of his earliest customers were on the Cariocca business park where he is now based. “I could see the business had a future,” says Ben. “With no shop to limit you, you just go out to where the customers are – it’s expandable.”

By that time the business had out-grown Ben’s own kitchen and it was time to move into larger premises. “The real appeal of Cariocca was the low risk,” says Ben. “Because I wasn’t tied up in a lease, I knew I’d lose nothing if things went wrong. With the rolling monthly deal Cariocca offer, I was confident. ”


Ben, together with two part-time staff moved into one the small units, quickly taking on a third person. From that point, the business just grew and grew. “It was exhausting,” says Ben. “We’d all be preparing in the morning, then we’d get on our bikes and off we’d go delivering.” By 2010 Ben had moved to a different Cariocca unit that was twice the size. “If I’d signed a year’s lease on that first small unit like some parks ask for, I’d have been stuck,” warns Ben.

That freedom would become very important to Ben’s business growth. After just six months, his business expansion was such that he needed to move yet again – into the large unit where the business is now located. “For the first time we had a place for everything – the kitchen, fridges, offices, stockroom and bike storage,” he says.

What is Ben’s opinion of Cariocca after his multiple moves on the park? “They’ve been there to help us grow,” he says. “Each time we moved, they allowed us a period of grace to operate from our old unit while getting the next one ready for business. During the crossover we effectively had two units for the price of one – which took out all the risk.”

Ben summed up his Cariocca experience with a smile. “When we moved into our first small unit I would often look at the big one opposite and tell myself, one day, we’ll have a unit like that. Now our business actually occupies the unit I used to admire! Cariocca is all about low costs and low risk in one package – it’s the perfect combination for anyone starting a business.”

A sunny Friday on 9th May saw the launch event for the inaugural BEXLive North W...
Read More
You are here: Home > Cariocca works for us! > Ben Chambers Founder and owner, Savoury Tooth