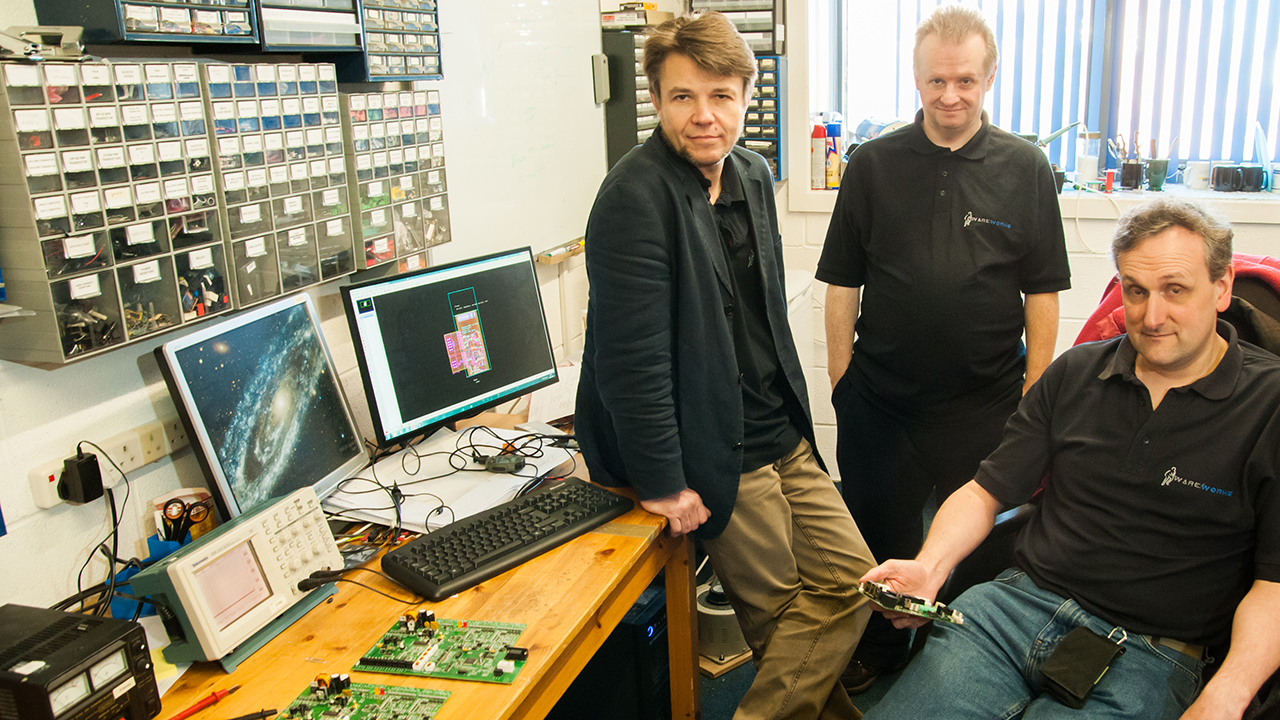 Every electronic product starts as an idea and Wareworks specialise in turning those ideas into reality – by helping companies or individuals from across the UK to develop a new product, improving an existing one while reducing the cost or simply speeding up the design process so that new ideas get to market faster.

“Typically someone will come to us with an idea, but they don’t know what to do next,” says Andrew. “First we discuss the possibilities with them, free of charge. Is it actually a good idea? Sometimes it just isn’t and we’ll do our best to explain why. Other times, an idea will be perfectly feasible, but just not commercial. It’s no good having a good idea if the selling price needed to generate an acceptable return on investment is much higher than the market will pay.”

Fortunately, a lot of the ideas brought to the Wareworks team are very sound indeed. Security, access control, data capture & analysis and medical equipment are all sectors in which the team is active. “When an idea ticks all the boxes then we’ll usually be called in to develop a product prototype,” says Andrew. “This is then used as part of the client’s business plan, as prospective investors often prefer to see the product in action. If production goes ahead, we can simply advise with things like projected manufacturing costs – or we can take on an entire turnkey project from initial concept through to finished, packaged product, including managing the manufacture & distribution if required.”

Wareworks has built up a strong industry reputation and is now handing between ten and twenty projects at a time, most involving weeks if not months of work, all from the same Cariocca unit the company first took on in 2003. “I was working as a one-man band from home, and my partner Richard was doing the same,” says Andrew. “We both had our specialisms and we decided that by pooling our resources would could offer clients a wider spectrum of services.”

The partners needed a base that would accommodate them along with development engineer Stephen who joined the company at that time. They chose Cariocca Miles Platting as their base for a number of reasons. “It had to be cost-effective,” says Andrew. “It also needed good communication links not only for business reasons but also because Richard doesn’t drive and wanted good public transport access.” Andrew also rates the park’s 24-hour security as very important, along with the ample parking. “When clients visit us they appreciate the convenient free spaces right on the doorstep,” says Andrew.

The friendliness on the park is another big benefit, Andrew believes. “There’s a good atmosphere here and Cariocca also has nice people at reception. For example, it’s really useful to be able to post items at any time,” he says. “You just drop the items in the mail bag and they take care of it. They’ll also take in parcels if we’re not around and keep them secure until we collect them.”

Another engineer, Andi, joined the team in 2007 and the current unit could accommodate this expansion. If the business takes on more people, then more accommodation will be needed. “If that happens we’d definitely consider staying here at Cariocca,” says Andrew.

A sunny Friday on 9th May saw the launch event for the inaugural BEXLive North W...
Read More
You are here: Home > Cariocca works for us! > Andrew Rust Director, Wareworks