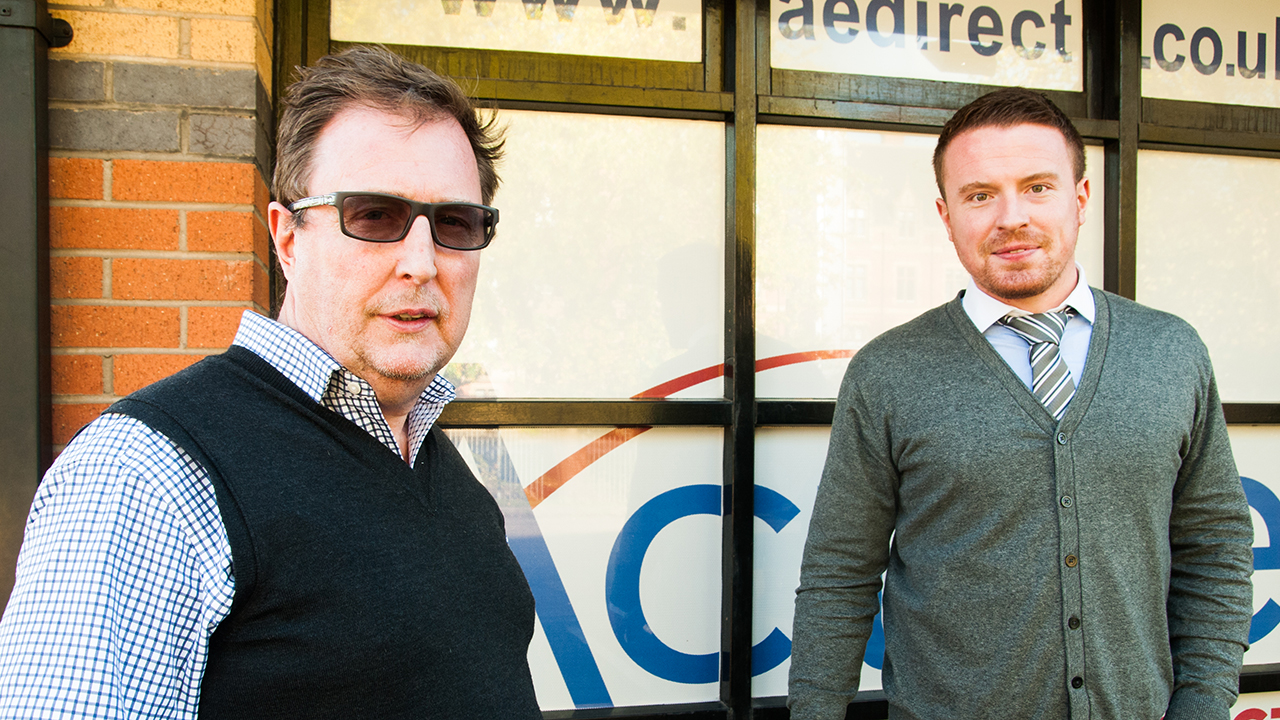 Active Energy Direct is a specialist broker providing low-cost energy deals to businesses, often securing unique savings from the big energy companies to pass on to clients. The company now employs 50 people and is still expanding – although Ben recalls the company’s very modest beginnings at Cariocca in Ardwick.

“The company was founded by my father Barry,” says Ben. “He was looking for premises to start his own energy broking business and literally passed Cariocca every day on his way to work. It was low-cost accommodation and so, in 2001, Barry moved in.”

The initial small unit was just large enough to accommodate the two people Barry had hired to work for him, but there was no room left for Barry himself. “He had to sit outside and work in his car!” Ben remembers.

The business grew steadily, to the point where Barry could take on a second unit. “This allowed him to escape from his car and have a meeting room where he could see clients,” says Ben.

Expansion was encouraging, and by 2003 Barry was again calling on Cariocca to provide more accommodation, which they were happy to do. “I had joined the company by this time,” explains Ben. “There were around 10 of us working in the business, as well as Barry. We took on a large unit which, in combination with the meeting room we already had, gave us the space we needed – for the time being at least”.

Then, in 2004, the decision was taken to move to an even larger unit – and once again Cariocca was able to provide it. “We took a large, two-storey unit which would not only provide space for the 25 people we had by then, but also give some spare accommodation for future expansion,” says Ben.


Cariocca did more than just provide premises, however. Their team was also very supportive of the business. “We carried out a full refurbishment of the large unit to suit our needs, which included a major investment in IT and telecoms,” Ben remembers. “The people at Cariocca were just so helpful – they allowed us a rent-free period of two months to take the pressure off while we invested in infrastructure. That was great.”

Now a bustling business of 50 people, Active Energy is a perfect example of inner-city job creation, which is a key aim of Cariocca Enterprises. Most of the people employed at the company are from the local area. “We have a good relationship with the Job Centre,” says Ben.

He also says that the company has no plans to leave Cariocca Ardwick. “We’ve been here for twelve years and it works,” he says. “We have all the space we need, we have free parking and we have the constant support of the Cariocca team who are permanently here on-site. If there’s ever an issue, we just pick up the phone and they sort it out.”

A sunny Friday on 9th May saw the launch event for the inaugural BEXLive North W...
Read More
You are here: Home > Cariocca works for us! > Ben Ikin, Active Energy Direct